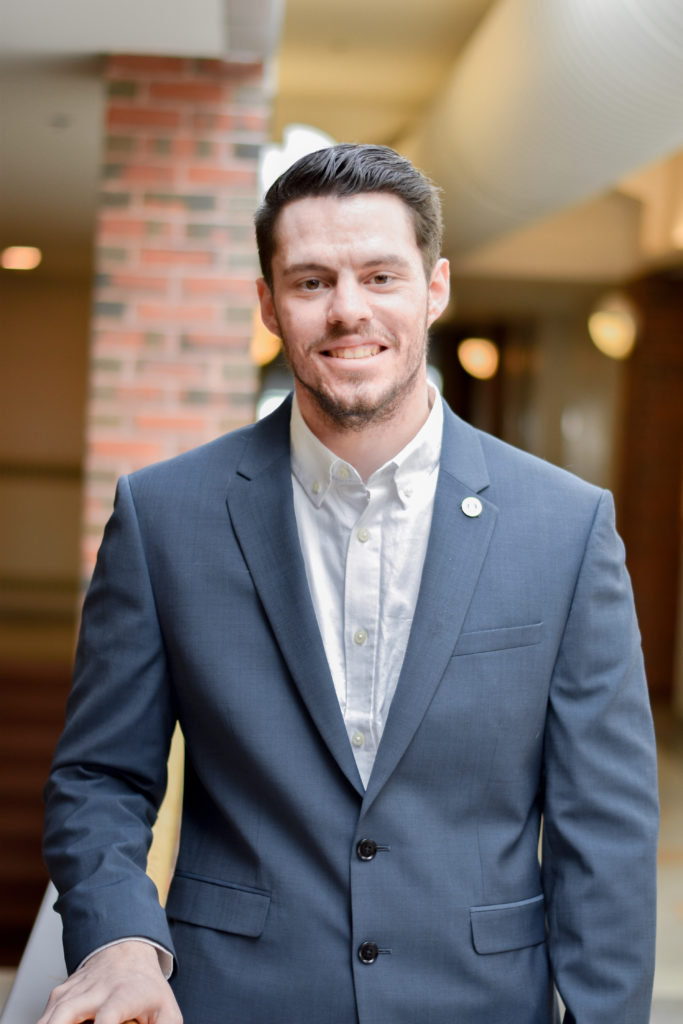 William Rolfe 2018 Student of the Year

An Air Force veteran who served at Sheppard and Lackland Air Force bases in Texas, Will returned to Maine and worked as a lab technician before attending CMCC. His life took an unexpected turn when at age 26, he was diagnosed with Multiple Sclerosis. He spent the next three months in physical therapy to re-learning how to walk and use his left arm. He recalls actually having to “retrain” his mind to control his body.

An outstanding student (4.0 GPA), Will now helps other students at the College as a tutor in the TRIO program. A member of the Phi Theta Kappa Honor Society, he serves with the Veterans Club on campus and with the American Legion Post 151 in West Paris, where he serves as treasurer, service officer, and post adjutant. Will also works with injured and disabled veterans playing on the New England Warriors, a competitive veterans sled hockey team.

During his physical therapy, Will developed a keen interest in Cognitive Neuroscience and hopes to one day pursue doctoral studies in this field at the Dartmouth School of Graduate and Advanced Studies. However, before that, he plans to transfer to USM/L-A to pursue a bachelor’s degree in Social and Behavioral Sciences.
The seven students being honored were selected by faculty and staff at the colleges. In addition to being recognized as Students of the Year, they will each receive a John H. Lapoint Jr. Leadership Award in the amount of $1,000.

Lapoint was president of UF Strainrite in Lewiston and a trustee of the Maine Community College System. After his death in 1995, his widow, Jana Lapoint, served on the board from 1995 to 2006 and helped establish the fund for the annual awards.