Central Maine Community College is pleased to announce that Robert Martin and Andrew Severson have both been named 2022 Leon A. Gorman Scholarship recipients for the 2022-2023 academic year. The Leon A. Gorman Scholarship was established by Gorman’s children and wife in honor of his 80th birthday. Gorman, who served as the president and CEO of LL Bean from 1967 to 2001, was a strong supporter of education at Maine’s community colleges.

The Leon A. Gorman Scholarship is awarded annually to students who demonstrate strong academic achievement, financial need, and a commitment to community service, which is a hallmark of the scholarship’s namesake. The scholarship covers the full tuition for the upcoming academic year. 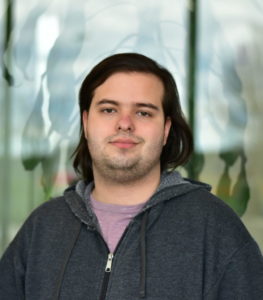 Robert Martin hails from Prentiss, a small Maine hamlet situated between Danforth and Lincoln. Robert attended Mattanawcook Academy in Lincoln and Northern Penobscot Tech Region III. His technical education consisted of taking classes in the Law Enforcement Program, a college-level career program. His law enforcement courses at Northern Penobscot counted for both his high school degree and transferred and counted towards his Criminal Justice degree at CMCC. In his first year as a Criminal Justice Student at CMCC, Robert worked hard and attained a 3.4 GPA.

With aspirations to one day serve as a State Trooper, Robert is motivated to prepare for a career to serve the community. Whether by stopping crime, protecting people, or serving the vulnerable, Robert is focused on helping others. With his 3.4 GPA in the CMCC Criminal Justice Program, Robert is well on his way to fulfilling his career aspirations of serving others through service in the criminal justice system. 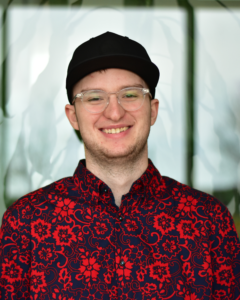 Andrew graduated from Oceanside High School in Rockland, Maine in 2020 and began his CMCC career as an online student in the Computer Technology program. Like so many students, Andrew’s college career started online not out of choice but out of necessity due to the Covid-19 pandemic.

When the fall 2021 semester rolled around, Andrew wanted a more authentic college experience and moved on campus at the start of the academic year. His transition to being a full-time residential student was not easy, but Andrew quickly built a strong support network on campus.

Having been involved with Jobs for Maine Graduates (JMG) since his freshman year at Oceanside High School, Andrew connected with Michelle Bourne, CMCC’s JMG College Success Specialist. Andrew worked with Michelle and using all of the resources available to him at CM, Andrew has been able to focus on his academic and personal growth.

Learning that computers are more of a hobby for him and not a career, Andrew changed his major to Business Administration and Management. Andrew gravitated to business after having some early success with investments and wants to develop his skills as an entrepreneurial leader with an ambition to achieve a high level of success.

On campus, Andrew has already taken on leadership roles as a resident assistant and volunteers for JMG’s Yellow Tulip Project to raise awareness in the CM community for mental health support and suicide prevention.

With an entrepreneurial vision, Andrew desires to start and run businesses in Maine.