Kristina Blais of Central Maine Community College has been named a recipient of one of the 2017 Higher Education Assistance Foundation (HEAF) scholarships. HEAF was founded in the 1950s by a group of banks, businesses, community organizations and individuals. Now administered by the Maine Bankers Association of Westbrook, the foundation annually awards 16 $1,000 scholarships to students majoring in a business-related field at select Maine colleges. It has awarded more than $350,000 in scholarship to Maine students since 1990. A resident of Lewiston and graduate of Lewiston High School, Blais has earned high honors as a student in the Business Administration and Management transfer program at CMCC. A guard on our championship basketball team who was recently named Second Team All Conference in the YSCC, .she plans to attend the University of Southern Maine after she graduates from CMCC this spring. 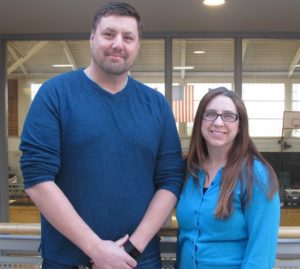 Nursing students Jamie Lyn Cormier of Auburn and Nathan Pineau of Bowdoin have been awarded the 2018 Spaulding Memorial Scholarships at Central Maine Community College (CMCC). The College awards these scholarship in memory of Jason Spaulding, who was a student at the college prior to his untimely death. A high honors graduate of the General Studies program, Jamie is a member of the Phi Theta Kappa Honor Society and is president of the CMCC Student Senate. Nathan spent 17 years in education and social work before deciding to pursue a nursing degree at CMCC. He previously attended the University of Maine at Farmington and Augusta. 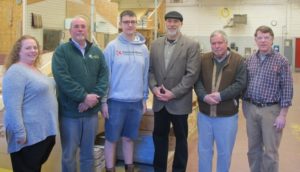 Alex Cormier of Biddeford is one of four recipients of this year’s Brian C. Thayer Memorial Scholarship.  Alex, who has had a passion for construction since he was a boy, is a first-year student in the Building Construction and Technolo­gy program.  The Thayer scholar­ships are available to stu­dents enrolled in building trades programs at four of Maine’s community col­leges. Since 2004, the Retail Lumber Dealers As­sociation (RDLM) has awarded four $1,000 scholarships annu­ally, for a total of $56,000 to date.  The RLDAM Board of Directors renamed the RL­DAM Scholarship in honor of the late Brian Thayer of La­valley Lumber. At the time of his death in 2006, Thayer was vice president of RLDAM and served on the Board of Trustees of the Maine Community College System.