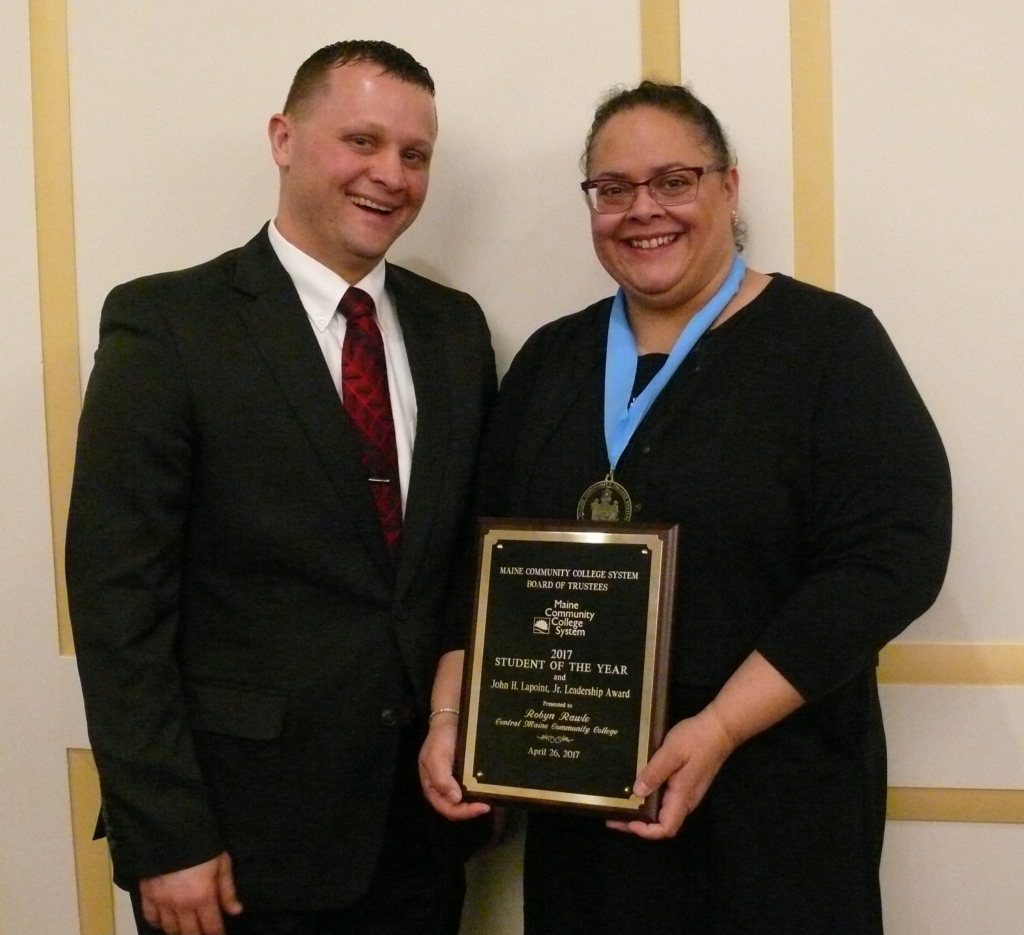 Robyn is graduating this spring from CMCC with President’s Honors, the highest academic honors at the college. Active in the TRIO Student Success Center, she worked as a tutor and conducted impromptu study groups in math and science. She was a student in the Life Sciences Honors Program, served as a lab assistant, and was an officer in the college chapter of Phi Theta Kappa, the international honor society for two-year colleges.

A stroke victim who suffers from diabetes, Robyn has also worked as a teacher’s aid, helping students with disabilities. Her family owns and operates a horse farm in Buckfield, where she has for many years given horseback riding lessons and therapeutic riding for people with disabilities.

Robyn has accepted a merit-based scholarship to attend the University of New England in the fall, where she will pursue their “4+1 B.S./M.S.” in Marine Sciences.

In addition to being recognized as Students of the Year, Robyn is receiving a $1,000 John H. Lapoint, Jr. Leadership Award. Mr. Lapoint was president of UF Strainrite in Lewiston and a trustee of the Maine Community College System. After his death in 1995, his widow, Jana Lapoint, served on the Board from 1995 to 2006 and helped establish the fund for the annual awards.

Photo caption: At right is Robyn Rawle, the CMCC Student of the Year for 2017. She is pictured here with Nick Hamel, dean of students at CMCC, after she was presented the award at a ceremony held recently in Augusta.