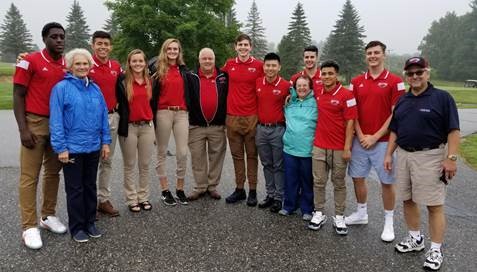 Several CMCC athletes braved the rain and served as greeters at this year’s Chip Morrison Scholarship Scramble, organized by the L-A Metropolitan Chamber and the CMCC Education Foundation. This year’s event was held August 22 at the Turner Highlands Golf Club in Turner. Since the first event in 2000, the Scramble has raised more than $700,000 to support CMCC and other local students in post-secondary education.