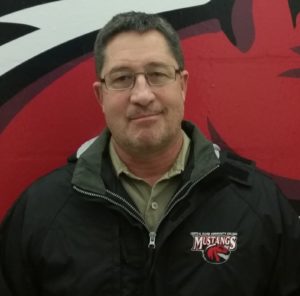 Head coach Kevin Cady of the new CM Mustangs hockey team has been named by Philadelphia Flyers Alumni President Brad Marsh as an equipment manager for the upcoming game against the Pittsburg Penguins alumni.

In honor of the 50th anniversaries of the Flyers and Penguins franchises, former players from both teams will face off on January 14 at the Wells Fargo Center in Philadelphia. This official alumni game will feature players from every era of Flyers’ hockey. Some Flyers alumni confirmed for the game include Bobby Clarke, Bill Barber, Reggie Leach, Mark Howe, Eric Lindros, and Simon Gagne.

“This game is a celebration of the past 50 years of Flyers Hockey,” said Marsh. “Kev (Coach Cady) is one of those guys behind the scenes and with us on the bench that we considered like a little brother,” Marsh added.  Cady worked in the Flyers organization from 1977 to 1986 as an equipment manager with both the AHL Maine Mariners and the NHL Flyers. He also worked later in the Buffalo Sabres organization as equipment manager with the AHL Portland Pirates from 2009 to 2011.

The Mustangs will begin their inaugural season with games against Dartmouth College on Saturday, October 15 at 3:00 p.m. and Sunday, October 16 at 10:00 a.m. Both games will be held at the Norway Savings Bank Arena in Auburn. More information and the schedule for the season can be found at http://www.cmmustangs.com.