The Athletes of the Year at Central Maine Community College (CMCC) have been announced by President Scott E. Knapp and Athletic Director Dave Gonyea. 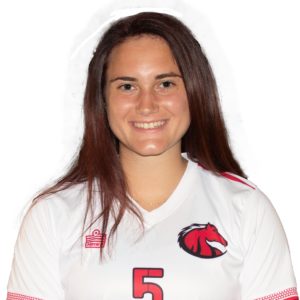 The female Student Athlete of the Year is Samantha Belardo, a Criminal Justice student and soccer player who hails from Russell, MA. Her coach Rob Rodriguez said: “Sam’s accomplishments continued to pile up. She is the all-time leading scorer for the women’s soccer program with 19 goals over two seasons, and five of those 19 goals were game winners. She routinely drew our opponents’ top defenders to mark her which freed up our other forwards and mids to score. Sam is an unselfish player . . . at her best when the game is on the line.” Named to back-to-back YSCC All Conference selections, and a USCAA All-American second team, Sam was team MVP in 2018. An honors student, Sam graduated in May. 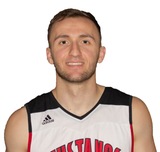 Corey David from Ocala, FL is the male Student Athlete of the Year. Captain of the men’s basketball team and a team leader on and off the court, Corey graduated in May with high honors in Business Administration & Management. On the court, he has been “the gas that makes the Mustangs go,” a floor leader who sees the whole court. Despite tearing his ACL in December, he played 15 games for the squad averaging 8.2 points, 5.9 rebounds, and 5.3 assists per game. He was honored by the YSCC as a second-team, all-conference player. According to Coach Gonyea, “Corey has been the heart of our team. He is a student of the game and works hard to make himself and his teammates better. He is one of the best to play the point-guard position at CMCC.”