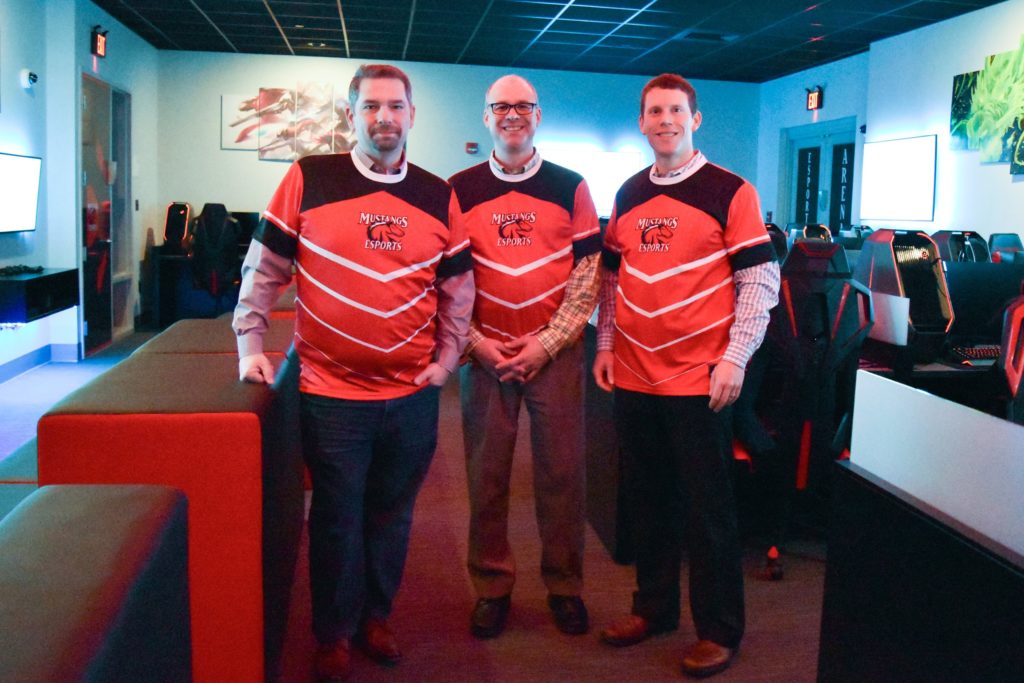 With a generous gift of $10,000, Carbonite, Inc. is sponsoring the Esports athletic program at Central Maine Community College (CMCC) for the current academic year.

“Carbonite’s Lewiston office has a culture of dedicated gamers and great respect for the value that CMCC offers our community,” said Tom Neal, senior manager of recruiting at Carbonite. “So when we heard CMCC was creating a new Esports team we jumped at the opportunity to be involved,” Neal added.

Esports (short for electronic sports), refers to the popular and rapidly growing field of competitive video gaming. The CMCC Esports teams compete in the National Association of Collegiate Esports (NACE). Andrew Morong, director of admissions and high school relations, notes that CMCC competes largely against four-year colleges, since they comprise 90 percent of NACE membership. “We are currently the only community college north of Virginia to offer competitive Esports,” Morong added.

Students who participate have to meet the same requirements as other athletes at the college. CMCC Esports teams are competing in Hearthstone, Rocket League, Overwatch, Fortnite, and Rainbow 6 Siege. The college has a new, 1,600 square-foot arena located in Kirk Hall equipped with Alienware Area-51 Threadrippers; five console stations with Xbox One, PS4 Pro, and Nintendo Switch; and a Twitch broadcast booth for live streaming matches.

Esports is a fantastic way for Carbonite to engage with a technically oriented audience, Neal added.  “We are proud to sponsor the Esports team and enjoy cheering on the Mustangs this season!”