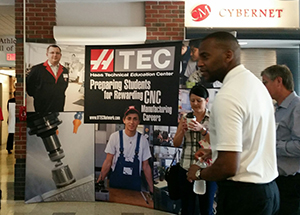 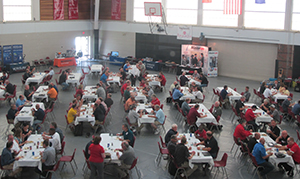 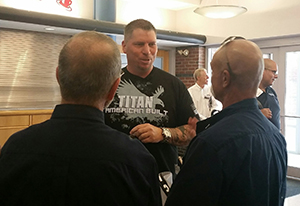 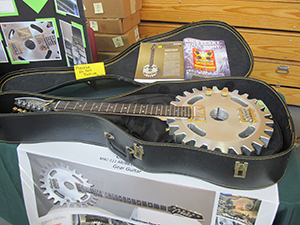 According to Bob Skodzinsky, manager of the HTEC Network at Haas Automation, machining programs in more than 1,800 schools utilize Haas equipment. The conference enabled instructors to network and to learn the latest trends in precision manufacturing. CMCC was considered an excellent site for the event in part because of the size and reputation of its precision machining program.

Caption 1: Some of the instructors gathered in Kirk Hall. Participants came from as far away as California and parts of Canada.

Caption 3: Keynote speaker Titan Gilroy speaks with some instructors after his speech.

Caption 4: A “gear guitar” was on display in the exhibitors hall.