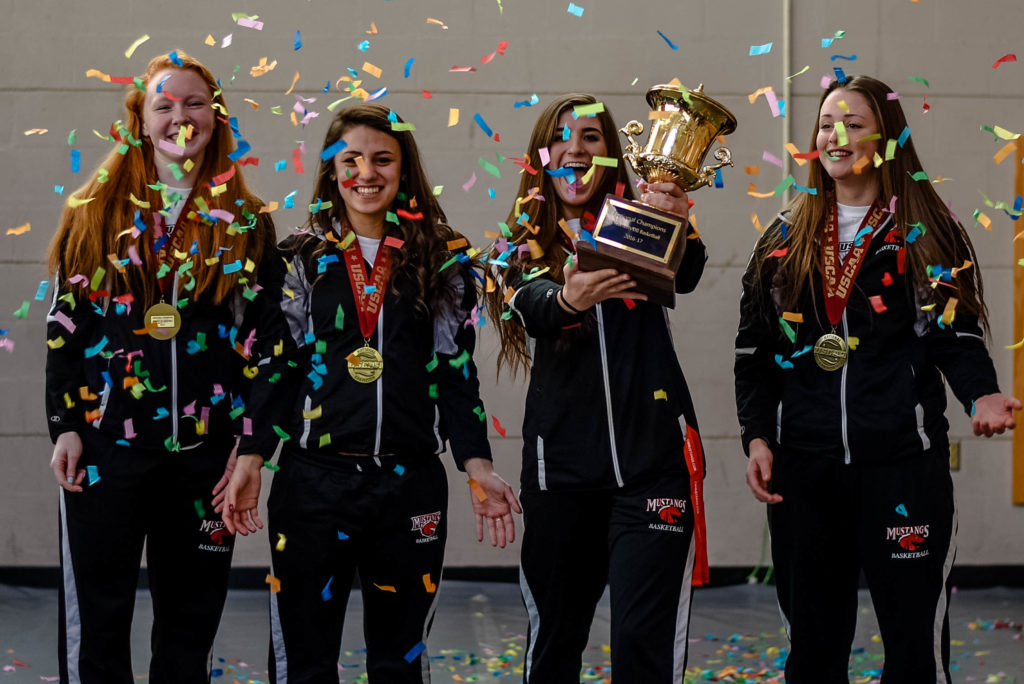 Fans of the Central Maine Community College women’s basketball team gathered on campus March 23 for a celebration of the team winning the USCAA Women’s Division II national championship. The Mustangs won the title after a 74-57 win over Penn State-Lehigh Valley on March 4 in Uniontown, PA, to become the first Maine women’s college basketball team to win a national title. 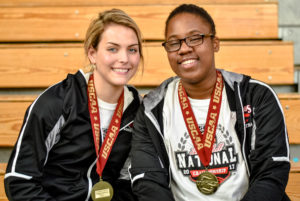 ‘This is one of our goals from day one, when we first came to the program six years ago,” said head coach Andrew Morong, who earned USCAA DII Coach of the Year honors. “And now that it’s finally happening, we couldn’t have done it with a better group of young women. They really are an amazing group, and I’m just very proud of what they did, on and off the court.”

Auburn Mayor Jonathan LaBonte was on hand at the rally and read a proclamation declaring March 23, 2017 as “Day of the Mustangs” in the city. The mayor noted how he had worked closely with Athletic Director Dave Gonyea to ensure that the team received a police escort from the Maine border all the way back to campus during their trip home. 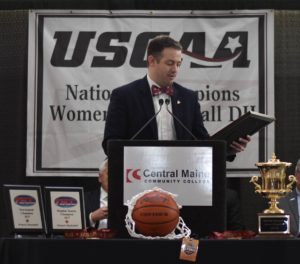 The team began the season with a 15-game winning streak before suffering their only defeat in a loss to Dean College on January 12. They then won their next 18 games to finish the regular season with a 33-1 record. In addition to the first-ever national championship, the Mustangs also won their fourth Yankee Small College Conference (YSCC) title in six years.

Morong noted that it was all the preparation and work the players did – on the court and in the classroom – that led to their tremendous success. The coach added that he was especially proud of the fact that the Mustangs had a team GPA of 3.2 during the fall semester. “They just had this relentless pursuit of excellence . . .  It’s a proud moment for all of us.” 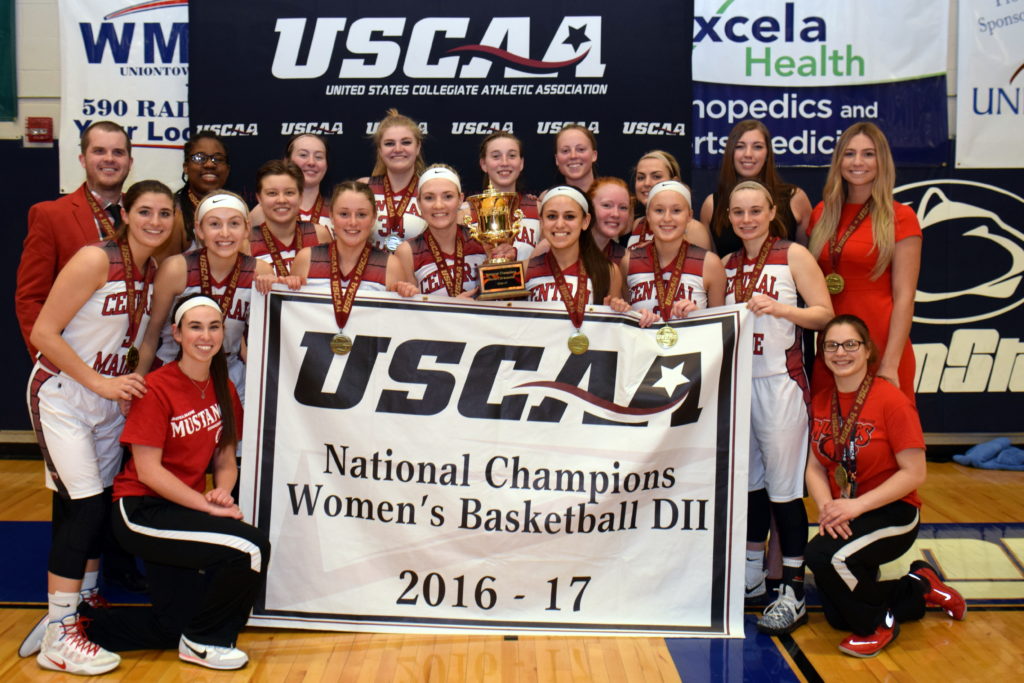 Photo caption 1: Champs Holly Decourcey, Mikayla Yanez, Hayley Peterson, and Elllie Harrington are all smiles during the confetti drop at the victory celebration in Kirk Hall.