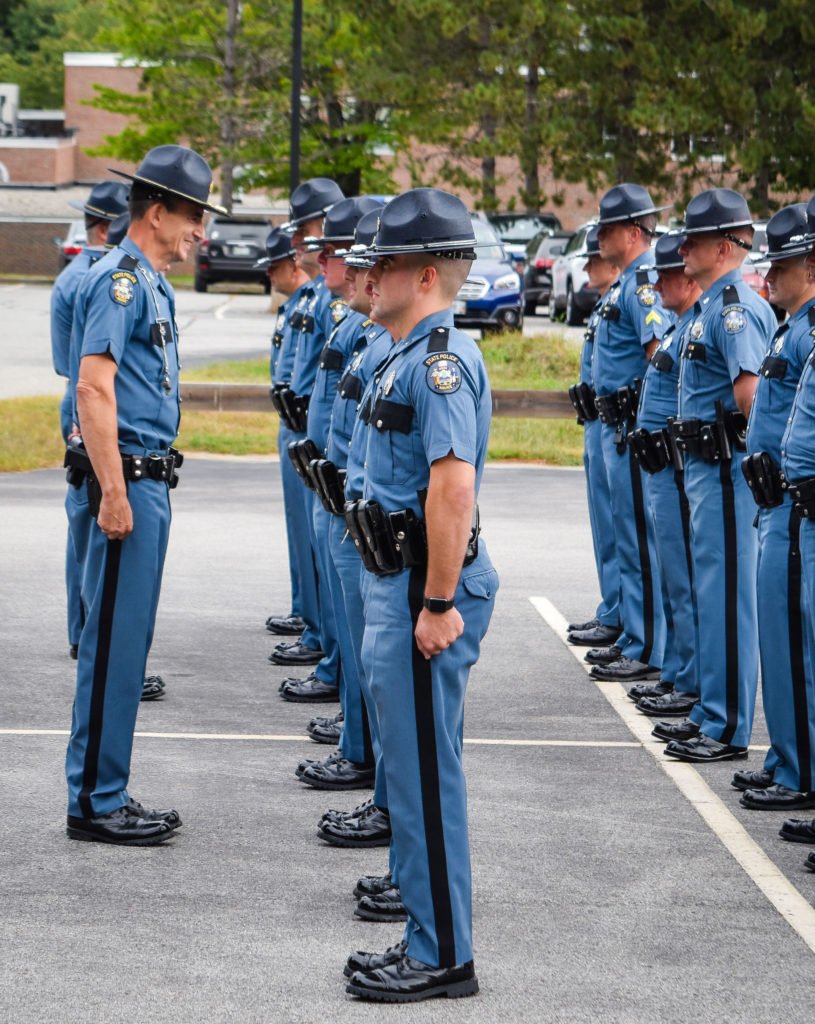 Students and instructors from the Criminal Justice program at Central Maine Community College were afforded a unique opportunity on September 19 as the campus was the site of the official troop inspection for Troop B of the Maine State Police.

Colonel John Cote, chief of the Maine State Police, and Lt. Colonel William Harwood, deputy chief participated in the inspection along with Lt. Walter Grzyb, commanding officer of Troop B. Required of all state police troops and special units, this biannual exercise is a full-day event in which the troop undergoes a rigorous inspection. Everything is closely examined, including uniforms, vehicles, and all issued gear.

Established in 1921, The Maine State Police is the state’s largest police agency with an authorized complement of 341 sworn personnel. Troop B is headquartered in Gray and serves Androscoggin, Cumberland, and Oxford Counties. In addition to Lt. Grzyb, three sergeants and 22 troopers provide law enforcement services in towns that do not have their own police department. The troop a

lso works closely with local and county law enforcement throughout the area. Along with the Auburn Police Department, the troop has a substation on the CMCC campus.

The Criminal Justice department at CMCC prepares graduates for entry-level positions in law enforcement or for transfer to a baccalaureate program at a four-year college or university. In addition to the associate degree program, which is also offered 100 percent online, the college also offers programs in Forensic Science, Network Security/Computer Forensics, and Criminal Justice Computer Forensics.  An advanced certificate in Police Operations is also offered.